Prepositions are usually associated with location or with direction and verbs of motion.

Again its drilling that will let you get used to when to use these.

The genetive case is used with the following.
do for
dla to
koło near
naprzeciwko opposite
obrok beside
od from
z/ze on

Live in Krakow and St. Augustine. I love Poland
If you like what I write like this Polish site on FB.

This site uses Akismet to reduce spam. Learn how your comment data is processed.

Learn Polish Online - My free online course in Polish grammar. Give it a try. 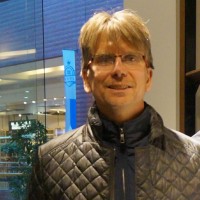